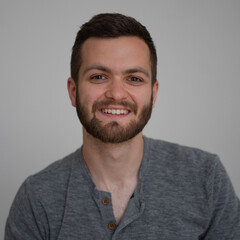 Ash Thundercliffe is a 3D Environment Artist working in the video game industry. He graduated from the University of Derby with a Bachelors of Arts in Computer Games Modelling and Animation. After completing his degree he moved on to work at Rockstar Games in Leeds to help create the various buildings and structures seen throughout Red Dead Redemption 2. Two years later, he moved to California to work at Ready at Dawn where he helped ship Lone Echo as well as contributing a significant amount of work to Lone Echo 2. Ash is now working at Infinity Ward as a Senior artist in LA.

Ash has also written multiple articles for 80.lv that highlighted the processes of creating 3D environments. He has also produced tutorials for 3dmotive that focus on creating assets for video games.